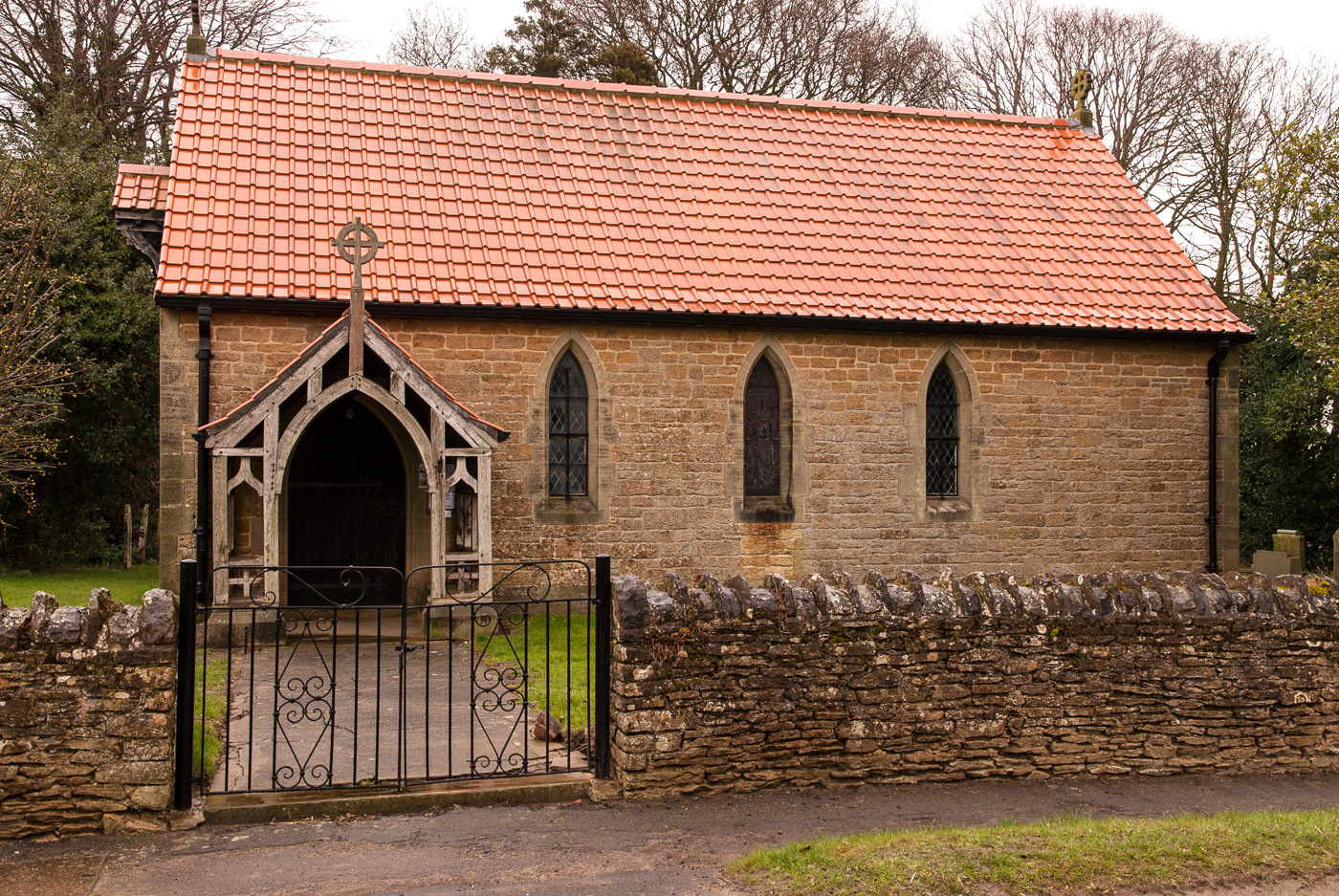 Scackleton is a village in the in the parish of Hovingham with Scackleton situated in the Ryedale district of North Yorkshire. Located in the Howardian Hills and 2 miles south west of Hovingham.

The village is mentioned three times in the Domesday Book as Scacheldene or Scachelsey in the Bulford hundred.

Extract from Kelly's Directory of 1889

Scackleton is a small village and township in the parish of Hovingham, 2 miles south-west and 10 west from Malton. In August 1888 the foundation stones were laid of a New Primitive Methodist chapel, to be erected at a cost of £200; the services are at present held in the upper room of a farmhouse. Here is a limestone quarry. William Henry Garforth Esq., of Wiganthorpe, Terrington, is lord of the manor and chief landowner. The soil is mixed; subsoil, blue limestone and clay. The chief crops are corn and potatoes. The population in 1881 was 165; the area is 1,460 acres